We are happy to announce that we will be the first in the area to carry the full Kevyn Aucoin Beauty line! Kevyn Aucoin’s career began in the 1980s; he was the most sought after fashion and celebrity makeup artist in the industry. Kevin Aucoin worked on top celebrities such as Janet Jackson, Cher, Whitney Houston, Madonna, Barbara Streisand and many more. Aucoin’s work was seen in editorial features, fashion shows, music videos, advertising campaigns and the covers of virtually every major magazine. Before Aucoins passing in 2002, he created his very own beauty line which was created off the basics of makeup. 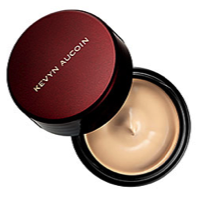 “The Sensual Skin Enhancer” is a must have! This award winning skin enhancer is a go-to for celebrities, makeup artists, and beauty bloggers everywhere! Aucoin collaborated with Japanese chemists to create this best seller to achieve the most youthful, flawless skin. Formulated with jojoba oil, honey and minerals to hydrate and leave your skin feeling soft and dewy! 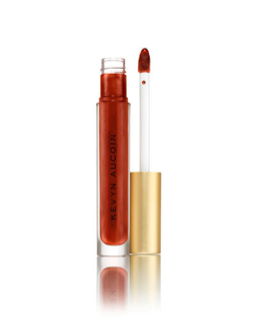 “The Molten Lip Color” in Bronze is the perfect lip for color for fall! This bold metallic lip was created with multidimensional pearls to illuminate the lips with long lasting wear and hydration!

I serve on and support several community charity committees as I believe it’s important to give back. In my spare time I love hiking and fishing in the Adirondacks, equestrian sports and thoroughbreds, fine wine, skiing, golf, and traveling to distant locations. I also love early mornings in the gym exercising, pilates, my dog, cooking, and sharing time with my husband and two children, good friends and family.